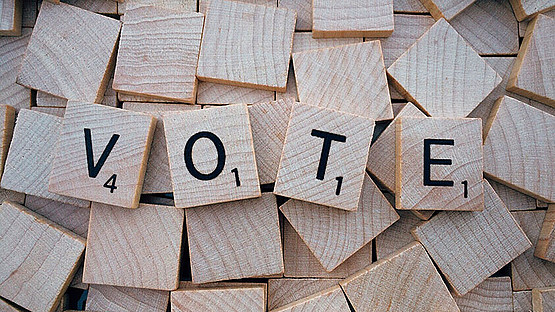 Special questions, unusual approaches and topics that have so far received little attention - „unconventional research“ is requested in the current research initiative by the University of Graz. One of five projects that have been chosen from 80 applications has been initiated by Richard Sturn from the Institute of Public Economics with the title „Voting - Selection - Decision“.

„Voting - Selection - Decision" is an interdisciplinary project trying to illuminate fundamental challenges in the analysis of collective decision making such as the design of aggregation and voting rules. In particular it is concerned with group decisions based on individual preferences (i.e., the individual evaluation of various alternatives). This is of general mportance given that numerous decisions on economic, social or political issues are made by groups.

Social Choice Theory provides the theoretical basis for the analysis of such voting rules. This is a development that started in the 1950s based in particular on results by the Nobel prize winners Kenneth Arrow and Amartya Sen. Parallel to Social Choice Theory the economic theory of political issues, which is deeply rooted in Political Science and nowadays called Public Choice Theory, evolved. One of its major representatives was Nobel prize winner James Buchanan. During the last 60 years, both areas developed pathbreaking theoretical results and ideas. Practical applications in political and business decisions, however, have not been considered often. Some exceptions can be seen in various applications in Computer Science and Operations Research, where the importance of Social Choice Theory has increasingly been recognized in the last decade.

A major problem in current research is the lack of availability of actual preference information. Available information from elections and group decisions is usually limited to data recorded in the election process. Mostly this is only individual data on a small number of alternatives (such as, e.g., in plurality voting). The underlying complete individual preferences are unknown. Hence, it is difficult, or even impossible, to evaluate whether the collective decision does represent a sort of „collective will“. To make such an analysis doable, in the process of the project more elaborated and unique data will be collected by undertaking „parallel elections“ to the Styrian regional elections and elections of student representatives at the University of Graz.

Aggregation and voting rules are numerous and from a theoretical point of view most of them have been studied in detail. Using the collected data, there is now a possibility to also examine the empirical relevance of those theoretical results and the practical complexity of voting rules.

Henceforth, the focus of this interdisciplinary project lies in voting, meaning the selection from a set of alternatives. I.e., it is concerned with decisions in its most general form. The emphasis will be on three questions:

Members of this interdisciplinary research project come from the Choice & Decision working group (Institute of Public Economics and Institute for Statistics and Operations Research) and researchers from empirical political science.

The European Journal of the History of Economic Thought